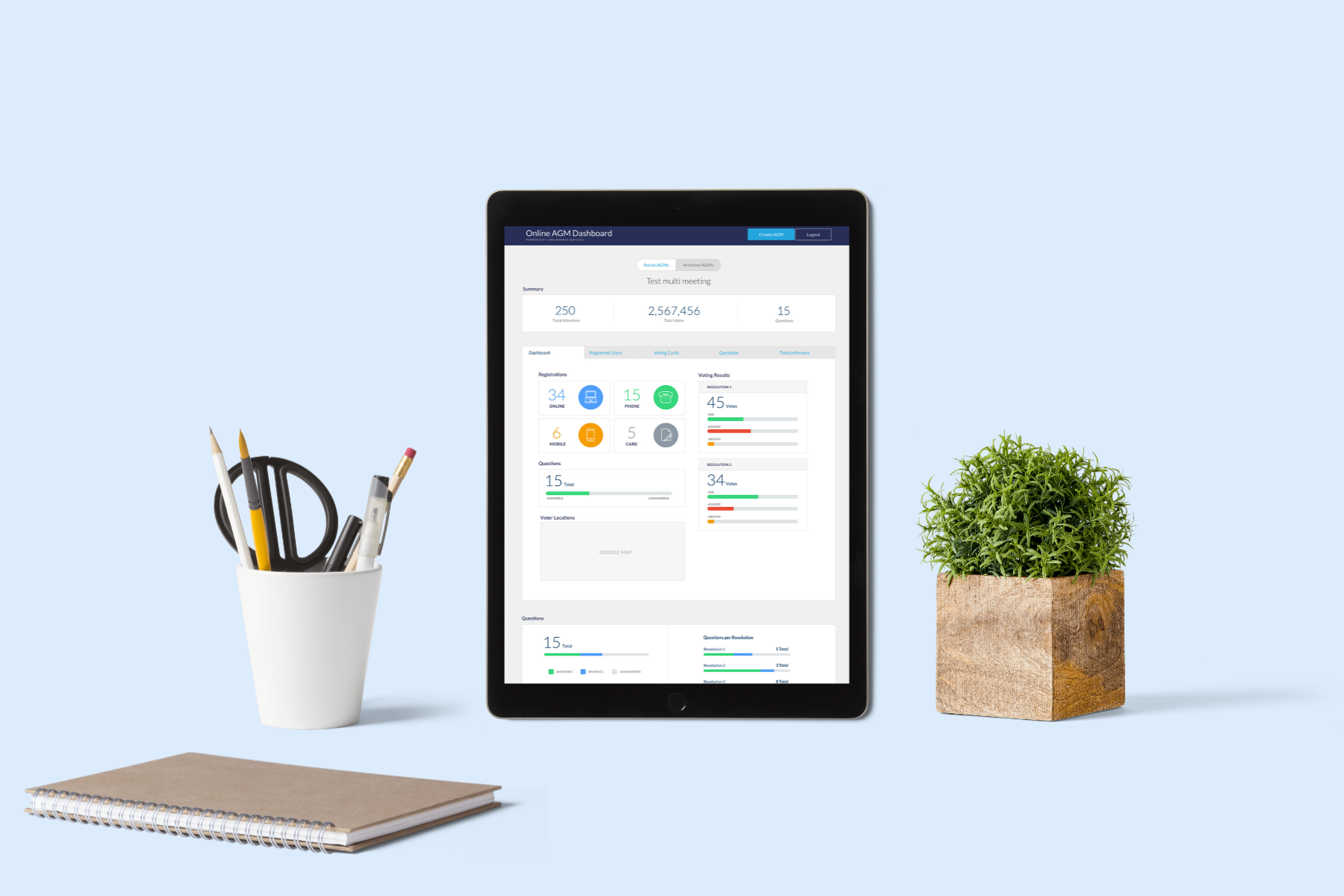 Innovating first and disrupting the market

The methodologies and tools that Transformative uses ensures clear communication and total transparency during the project that allowed Transformative to become an extension of our development team rather than just another outsource provider we had to manage.

Will Malan - Head of client management and IT

Link Market Services Limited NZ (Link) provide share registry services for 7 of New Zealand’s top 10 listed companies on NZX as well as well as being a global company with over 4500 employees.

Link embraced the opportunity for innovation to extend their product offering to include a virtual Annual Meeting (AM) service. The advantages for a company to hold a virtual AM are:

Link have a robust legacy software application that has reliably run their AM’s for the last 10 years. The software connects to a secure remote database where meeting and shareholder details are stored.

Rather than redevelop the entire system on a modern, cloud-based architecture which would require significant investment, Transformative built a custom middleware layer that’s hosted in the cloud and creates a clean, modern interface on top of the established legacy system.

Link Group has today announced it has successfully facilitated the first ever fully virtual shareholder meeting in Australia and New Zealand, after it yesterday successfully managed a Special Meeting for Evolve Education… The virtual meeting was conducted using Link Group’s bespoke virtual meeting technology, which has previously been rolled out at hybrid (enabling physical and digital participation) meetings and AGMs across Australia and New Zealand.

For the first time, Z Energy ran a virtual online meeting so that shareholders could participate, vote and ask questions in real time via laptop, tablet, mobile phone as well as in person.

The technology was flawless.

We built a mobile check-in kiosk that allowed Z Energy shareholders attending the 2017 conference to quickly search their shareholder number and use that to log onto the virtual AGM app on their mobile phone.

We then built a platform that enabled remote attendance via teleconference. Shareholders were given a number to call and a unique password to type in. From there they were patched through to the live AGM where they could listen and raise their hand via command keys. They were then able to have a conversation with the speaker that was broadcast live and was audible at the physical event. Their attendance was also be monitored by Link Market Solutions on an admin dashboard.

Get fresh insights right in your inbox